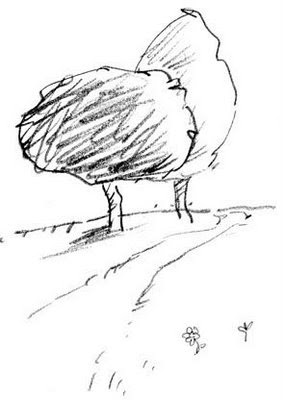 Lightning can strike twice in the same place!

I have received another two-book offer from HarperCollins. The first is about a determined girl named Petunia and her quest for a perfectly awesome pet. The second book will be another Petunia story, which will be described once I dig up an idea and write something.

It's been a busy year for me. Looks to get even busier!
Posted by Paul Schmid at 12:30 PM

Hey, thanks Adam, I'm glad I got a chance to show it to you. Loved seeing your two crazy uncles too.

Sweet! Congrats! Can't wait to see alllll the books. You need to have some major events, dude.

I think I might need your help with that Jaime!