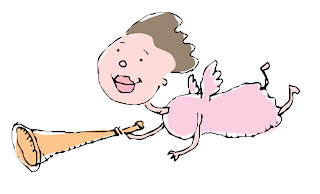 I think it’s time for another installment of previously nonexistent words helpful in describing the creative experience.
I have been working diligently for quite a long time now, putting in endless hours at the drawing board or computer. Production mode. Nose firmly on grindstone.
Naturally one begins to feel played out. The sponge can only be squeezed so much, then it fails to give generously. (Curious how our brains look a bit like sponges...)
If a creator does not stop to gather fresh experiences occasionally, he’s likely to run into a dry spell or start repeating himself.
It makes sense then that a creator should venture forth into the sunlit world and soak up a bit of life now and then. Fill the sponge.
Catchy isn’t it? Fill The Sponge. The Latin for that zinger is Spongiam Replet. I desire a word not a phrase, so lets squeeze that puppy. Spongiplet. Sounds a bit like something unfortunate they found in my arteries. Let’s take the first 3 and last 3 letters: Spolet. That’s better.
Used in a sentence: “I spent the afternoon spoletting at the park watching the kids play.”
Spoletting may even stimulate the creative microbit of the brain. Seduce the Muse as it were.
This must certainly be a creator’s top prioritiy. I’m sure all of us have tried to work while uninspired, with Ms. Muse out to lunch with the girls. Deadly, isn’t it? Poop generally results.
Could we find a word for pitching the woo at said fickle, fickle Muse? Something to use as a battle cry.
Seduce the Muse: Musa Seducat.
Musaseducat. That’s something that comes in a blue bottle, isn’t it? Musducat? No, that’s a type of beaver. Muduce. Pronounced Muh-dooce.
“I’m sooo not into it today, so I’m off to muduce at the museum for an hour or so.”
Yes. If only I didn’t have this deadline.
Posted by Paul Schmid at 5:23 PM 3 comments: 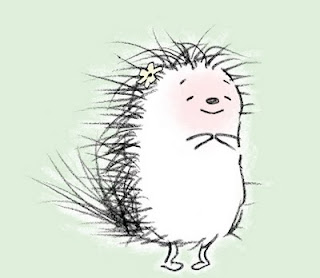 I discovered yesterday that both A Pet for Petunia and Hugs From Pearl have been honored by the Society of Illustrators in New York by being included in their exhibit of the year's best children's books.

This is quite the honor, and I am indescribably grateful to my wonderful editor and friend Maria Modugno who made a stab in the dark by suggesting I give writing a try.

Thanks also must be made to Dana Fritts, my fabuloso designer at Harper. Remember that name; she will be famous.
Posted by Paul Schmid at 10:27 PM 11 comments: